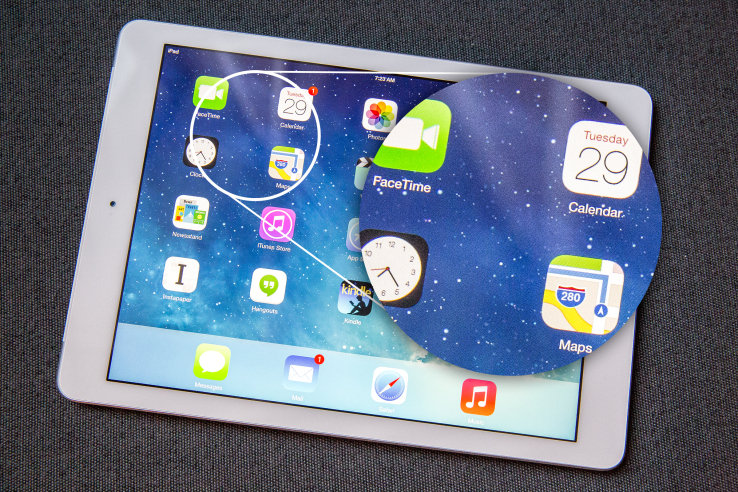 Your iPad can detect very fine touches thanks to the use of capacitive touch panels, but it still can’t do a great job of telling how hard you’re pressing (unless you hit the gadget hard enough to trigger the accelerometer). A new patent application by Apple spotted by AppleInsider today details a method for detecting force, using infrared transmitters.

The tech involved is called “frustrated total internal reflection,” (FITR) and powers the interactive touch displays used on CNN and other TV news networks. It uses IR light emitters embedded in the display to bounce light off of the inside surface of the display, and can detect when that surface is being covered more or less by a fingertip. It can translate that surface area info into an inference about how hard a user is pressing to determine force.

Apple’s system has some refinements that make it easier to implement in mobile devices with better overall performance. Some rumors from late last year pegged Apple as developing touch screen tech that would include pressure detection, and this implementation of FTIR is one way to accomplish that.

In terms of what it would add to a touchscreen experience, we’ve already seen Apple introduce a degree of force sensitivity to some of its software. With GarageBand for iPad, it can detect a hard virtual keyboard stroke thanks to its accelerometers, but the force detection isn’t subtle, and requires an aggressive action to trigger. The technology described in the patent would make it so force detection could be much more of a spectrum, allowing for things like changing line weights when sketching with your fingertip, for instance.

Apple might have tech on the books to do this, but that doesn’t mean they will. Force input likely isn’t topping the lists of any consumer’s want lists on their smartphone or tablet just yet, even if it has specific appeal for niche groups like digital artists. Still, it would be a nice differentiating feature for future iPads.